The Uppsala Diabetes Opening Symposium is an afternoon of lectures followed by an opportunity to socialise. Food and beverages are included and as usual, the event can be followed via Zoom.

Uppsala Diabetes Centre (UDC) came into existence at the start of 2021. Since then, the organisation has become ever more active but due to pandemic-related restrictions for social gatherings, we have not yet been able to get together for a formal opening event.

The UDC opening symposium takes place at Humanistiska teatern in Engelska Parken and will consist of an afternoon of lectures followed by an opportunity to socialise. The event has been timed to be close to the 14th of November, the World Diabetes Day – a yearly occurrence sanctioned by the United Nations that focuses on all who live, or risk falling ill, with diabetes. More significantly, this year is also the 100th anniversary of insulin – a historic discovery that will naturally be celebrated as part of the World Diabetes Day.

Invited speakers for the opening symposium are Vice Rector Mats Larhed (Uppsala University), Vice Dean Henrik Rönnberg (Swedish University of Agricultural Sciences), Professors Christian Berne, Edward Fottrell, Ulf Erikson, and Olov Andersson as well as Doctor and Veterinary Teresa Rodriguez-Calvo. The event will also be an opportunity for the UDC to introduce itself. Centre director and Professor Per-Ola Carlsson will give an overarching introduction and the four focus areas will be presented by group leaders and Associate Professors Steve McKeever (Deputy Director), Marcel den Hoad, Gustaf Christofferson, and Olof Idevall.

Food and beverages are included and as usual, the event can be followed via Zoom. You will find links for registration and a schedule below. Warm welcome! 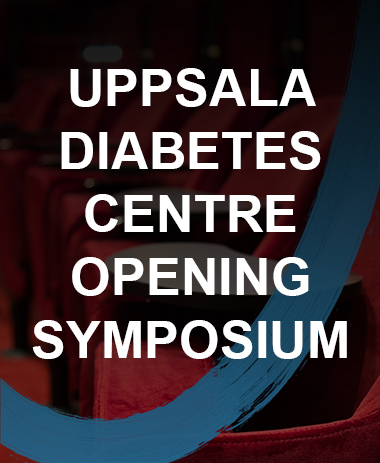